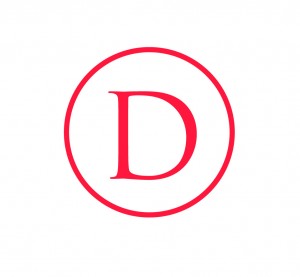 The tendency of humans to constantly seek out the new and exciting is natural and can lead to great discoveries, including oenophilic finds like new wineries or varietals. However, I believe it is important to revisit the tried and true on a regular basis, as many such wineries continuously innovate and experiment, and can be a welcome source of excellent wines right under our noses. In this quarterly installment of the Leket Wine Club, we are showcasing one such mid-sized winery that has been a long-time favorite of mine, producing excellent wines across a broad spectrum of labels and prices, nearly all of which are well-worthy of your attention – the Dalton Winery.

Dalton Winery is located in northern Israel, with many of its vineyards located perilously close to the Lebanese border. Just how close was revealed during the 2006 hostilities (commonly referred to as the “Second Lebanese War”) that, rather inconveniently, occurred around harvest time and resulted in somewhat difficult harvesting conditions (regardless of dedication levels to their job, I don’t think anyone contemplated Hezbollah-launched rockets as potential working hazards when they signed on). A number of other wineries suffered the same issues including Galil Mountain and both Carmel and Segal who have vineyards in the area.

My infatuation with Dalton started with their incredible 1997 Cabernet Sauvignon Reserve and has continued, nearly unabated, since. Founded in 1993 by the Haruni family who made Aliyah from the United Kingdom (the winery is still owned by them today), the winery’s first commercial vintage was in 1995 when approximately 20,000 bottles were produced. Today the winery produces approximately one million bottles.

As behooves any winery worth its salt, Dalton hasn’t been content to rest on its not-inconsiderable laurels and has been making continued investments in hi-tech new equipment, talent and vineyards. Beautifully built, the winery is already a great place to visit and makes for a terrific family outing (as with any winery, it always pays to call ahead to arrange your visit as this usually leads to a more personal tour and wider, more interesting tasting spread). The winery is also working on building an adjacent hotel to capitalize on the recent swell of interest in wine-related tourism, both in Israel and abroad.

Up until recently, the winery followed the Israeli trend of producing internationally styled “new-world” wines with lots of fruit and oak (that were delicious). The recent trend away from these types of wines coupled with Israel’s desire to be marketed internationally as “Israeli” as opposed to their historical “kosher” niche and recognizing the need to showcase Israel’s unique Mediterranean terroir, recent years have seen more causally elegant wines with better complexity and food-friendliness while still maintaining its individualistic style. The vineyards are in very close proximity to the winery allowing true “Estate Bottling” and far more attention to detail in all aspects of the growing, harvesting and wine-making. All this is going on under the auspices of their incredibly talented Israeli born and Australian and Californian-trained winemaker – Na’ama Sorkin who has been with Dalton since 2002.

After years of contracting with local growers, as of 2007 Dalton control approximately 90% of its vineyards, granting it further ability to carefully control every aspect of the wine making process and currently grows Cabernet Sauvignon, Merlot, Shiraz, Barbera, Zinfandel, Petit Sirah, Cabernet Franc, Sauvignon Blanc, Chardonnay, Viognier, Mourvèdre and Muscat grapes, producing wines across a broad range of labels. The different series of wines produced by Dalton includes their Meron Single Vineyard Cabernet Sauvignon and Merlot wines that are only produced in exception vintages, their tremendously successful Reserve line which includes the 2009 Cabernet Sauvignon included in this shipment and their entry level wine (whose quality is anything but), the “Dalton” label (formerly titled “Estate” but which now goes under the aesthetically pleasing redesigned “D” label and which now includes their powerhouse Zinfandel, previously bottled as a stand-alone label) in addition to a Rosé and Moscato wine that share a “Seasonal” label. The Single Vineyard and Reserve wines are serious wines meant for cellaring, while the Dalton and Seasonal labels are meant to be enjoyed early on in their life. The Dalton label, especially the Petite Sirah included in this shipment, nearly always provides exceptional value for money and is a favored everyday wine in my household. The winery also carries two table wines under the Safsufa label (which is also mevushal) and the ubiquitous Canaan label. Starting with the 2009 vintage, Dalton also revived the Alma label, which, to me, represents the growing trend showcasing what Israel’s unique terroir can do.
The Alma family currently includes three wines, the delightfully approachable and delicious classic Bordeaux blend of Cabernet Sauvignon, Merlot and Cabernet Franc which is included in this shipment, a Rhone-styled blend of Syrah, Mourvèdre and Viognier and a white blend of Chardonnay and Viognier. All three are well priced and worthy of your attention.

The winery also produces two wines named after the Haruni family heads. Their flagship Matatia is named for the family’s patriarch – Mat Haruni and is an excellent (albeit expensive) Bordeaux blend of Cabernet Sauvignon and Merlot with two vintages produced to date, 2006 and 2008, and its most recent innovation – a recently released, fortified and barrel-aged Muscat-based dessert wine is named Anna after the family’s matriarch (which would be a great match for rich and heavy New York cheesecake). With such a robust portfolio loaded with terrific wines, it is pretty hard to single out any favorites, but any such list would undoubtedly include the Fume Blanc and Petite Sirah included in this shipment in addition to their acclaimed Wild Yeast Reserve Viognier which unfortunately, at least for now, is no longer produced (with the quality Viognier now going into the two Alma blends).

Dalton, “D”, Fume Blanc, 2011: The use of the term “Fume” in connection with Sauvignon Blanc was used by renowned winemaker Robert Mondavi to differentiate a higher level Sauvignon Blanc wine he made in the 1970’s when almost all Sauvignon Blanc was overly sweet and lacked much texture or nuance. Since that time, the term “Fume” has been used to characterize a style modeled after the Loire Valley wines, with a more subtle elegance about them (as opposed to the more “ripe” Bordeaux-style Sauvignon Blanc wines). Though many wineries attempt to differentiate between styles by using either the term Fume Blanc or Sauvignon Blanc, one should be aware that this distinction is voluntary, and not all wineries follow the practice. A bright and food-friendly wine that is perfect for the warm weather that is suddenly upon us. With most of the wine fermenting in stainless steel, one third of the wine spent 4 months aging in French oak, rounding out the wine and giving it a bit more oomph. With an aromatic nose of Anjou pears, lemon pith and hints of apples tinged with freshly cut grass and a tantalizing smokiness, this wine is light, fresh and delicious. More fruit and citrus on the light to medium bodied yet surprisingly developed palate, with just enough acidity to keep the wine crisp and refreshing. Enjoy chilled for the next 8-12 months or so [in both shipments].

Dalton, Reserve, Cabernet Sauvignon, 2009: While all of Dalton’s wines provide great value for your money, the wines under their upper-tier Reserve label are sometimes overlooked, which is a crying shame. While not necessarily YH Best Buys, these are still well priced, well-made and quite delicious wines that do well with a bit of aging on them (although this wine is already drinking quite nicely and was a crowd favorite at a recent Leket event). A full bodied wine with a nose that opens up after a few minutes yielding rich notes of blackberries, currants, plums and black cherries together with a hint of smoke and some Mediterranean herbs. A round and mouth-filling palate with nicely integrated tannins, more black fruit and fine dark chocolate lead into a lingering finish. Drinking nicely now, the wine should continue to cellar well through 2015 [in both shipments].

Dalton, Alma, Cabernet Sauvignon-Merlot-Cabernet Franc, 2009: A Bordeaux blend of 64% Cabernet Sauvignon, 27% Merlot and 9% Cabernet Franc and one of three blends currently marketed under the “Alma” label. Made solely of free-run juice, each of the components spent 12 months in French oak before being blended together and two additional months back in the barrels. A delightfully rich nose of ripe black fruit including blackberries, plums and cherries, with currants, cedar, chocolate and espresso as well. On the full-bodied palate, robust yet well integrated and practically caressing tannins wrapped around more black fruit, chocolate and hints of oak, with great balance and a solid structure that bodes well for the development of this wine. A long and lingering finish with a chocolaty edge to it rounds out this delightful wine. Drinking nicely now, the wine will be much better in another three months and should cellar nicely through 2017 [in Kerem shipment only].

Dalton, “D”, Petite Sirah, 2010: Following the successful inaugural 2009 release of this wine, the 2010 vintage doesn’t disappoint, even with a slight change in style. The 2009 was a bit more robust with plenty of oak and gripping tannins to carry the delightful dark fruits, this wine is more approachable and softer (while still retaining great structure and sufficient tannins to hold the delicious fruit) which shows the winery’s move towards more subtle wines that retain ripe fruit (as opposed to elegant subtlety with more restrained fruit – another direction other Israeli wineries are taking). A nice nose of black fruit with hints of blueberries and plums as well, together with violets, sweet spices, some vanilla notes and a tinge of rich dark chocolate. A medium to full-bodied palate has plenty of ripe black fruit, more violets, some black olives and mouth-coating tannins leads into a mouth coating finish of black fruit and a pleasing bitterness that lingers. A great wine that is an incredible value for money; I would stock up on this one and drink it often over the next two years or so[in Kerem shipment only].