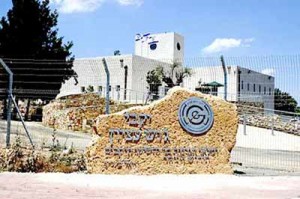 My first introduction to this winery was with their 2001 Cabernet Sauvignon – an interesting but uninspiring wine – and then further enjoyed the subsequent vintage in 20002. Following that, I did not encounter the winery again until the 2005 vintage was release and which included a number of great wines including their Nahal Halprim and Cabernet Franc (which is reviewed below). While I will give the winery the benefit of the doubt and only time will tell, I have a sneaking suspicions that 2005 and 2006 were the wineries best vintage years and, unless something changes at the winery, this will be one of the last times I review their wines as more recent vintages (2007 and 2008) have, as a whole, not been as good.

Located in the Gush Etzion bloc outside of Jerusalem, the winery sits on a plot of land renowned since ancient times for its wine growing capabilities as a result of, among other reasons, the day-to-night climate differential, the chalky soil and the high altitude. Operated and majority owned by the head wine maker Shraga Rosenberg (the Tishbi family holds a minority position), the winery produced its first wine in 1998 or 1999. Currently growing a number of varietals including Cabernet Sauvignon, Merlot, Cabernet Franc, Petit Verdot, White Riesling, Chardonnay, and Sauvignon Blanc, the winery’s current annual production is approximately 30,000 bottles. The winery recently planted vines of Gewürztraminer and Viognier, and are in the process of updating and expanding the winery which will have an annual production capacity of 100,000 bottles.

Set forth below are a few of the wines I recently had the opportunity to enjoy – most of them were wines I had previously tasted and was more than happy to revisit them (its amazing what you discover in your wine cellar when digging through it for Moshiach wines).

Gush Etzion, Cabernet Sauvignon-Merlot, 2006: A big, muscular blend with soft caressing tannins that serve as a great backbone for black forest fruits and saddle leather tinged with spices. Drinking well now, the wine should cellar nicely for another 2-3 years and will continue to improve in the bottle. I look forward to re-tasting my next bottle in 9 months or so.

Gush Etzion, Shiraz, 2006: A fun spicy wine that is a good match for a large number of, it still needs some time in the glass (or the bottle) to develop and come into its own. If you drink it now, tasting a bit of the wine every 5-10 minutes over the course of 40 minutes or so will yield a window into its potential development in addition to providing a fun tasting experiment. Juicy plums, blackberries and raspberries with dark, rich earthy tones and spicy oak all combine for a delicious and full bodied treat.

Gush Etzion, Chardonnay, Dessert Wine, Organic Vineyard, 2006: A proliferation of wines utilizing the Chardonnay grapes from the 2006 vintage initially made me curious, but the success of most of these wines led me to care less about the reason and simply enjoy the result. From an organic vineyard in the hilly and rocky area around the village of Bat-Ayin where I actually once spent a summer pouring concrete, this medium bodied and straw colored wine was briefly aged in oak and is sweet without being overbearingly so. Peach, apple, citrus and pears dominate the nose and palate with hints of honey all nicely balanced by the acidity make this a wine that stays with you and that should cellar for another couple years. For the 2006 vintage, the winery also produced a non-organic, Chardonnay-based, dessert wine and a Riesling-based dessert wine.

Gush Etzion, Cabernet Franc, 2005: The first release of Cabernet Franc from this winery, and a pretty good effort; this wine has gotten better every time I have tried it. My love of everything Cabernet Franc aside (especially as this wine doesn’t provide the purest varietal representation), this deep garnet colored and medium bodied wine has finally come together is a beautifully and well coordinated symphony of aromas and flavors with each part lending exactly the right level of participation. Soft and well integrated tannins meld with notes of blackberries, gooseberries and currants, along with the more traditional notes of lead pencil, dark chocolate and asphalt. A pleasant spiciness is evident throughout, with hints of eucalyptus and mint on the medium to long finish. This one should last for a number of years, and is worth looking for and comparing to some of the other nice examples of this varietal like Ella Valley’s.