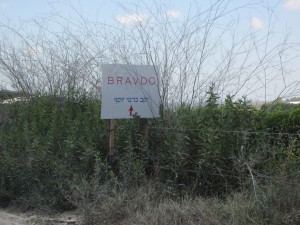 The decision to create a the winery was hatched in 1999 by Professor Ben-Ami Bravdo and his former student Oded Shosheyov, both former professors of oenology at the Hebrew University of Jerusalem. The winery is located in the vineyards of the yishuv of Karmei Yosef which is in the Judean Mountains enroute to Jerusalem. According to the winery’s website, Oded’s family had been growing grapes for over 100 years and the land on which the grapes are currently grown has been used to grow wine for thousands of years. The winery released its first wine for the 2001 vintage year with production around 3,000 bottles. By the time the winery became kosher in 2007 production had grown to a little over 20,000 with additional, significant, increases in production planned over the next few years. The winery is currently producing a Cabernet Sauvignon, Merlot, Shiraz, and Chardonnay.

Karmei Yosef, Cabernet Sauvignon, Bravdo, 2007: A full bodied, luscious wine, rich with raspberry, earth, currants. Good balance between muscular tannins and a strong but not overbearing wood presence will allow this wine to cellar nicely and continue to develop over the next five years of so. A nice long finish with hints of bittersweet chocolate rounds this one out.

Karmei Yosef, Shiraz, Bravdo, 2007: My favorite Karmei Yosef wine to date as it has its one, distinctive personality. A somewhat earthy wine balanced nicely by blackberries, gooseberries and black plums to go along with a white pepper overlay and a slight but pleasant bitterness. Probably could use another year or so in the bottle to allow the somewhat robust tannins time to find themselves but drinking very nicely now and the 16% alcohol content not as noticeable as one would think.

Karmei Yosef, Chardonnay, Bravdo, 2008: A medium bodied, lightly oaked wine that is almost “Viognier-like” in its characteristics. Loaded up front with summer fruits and green apple, the wine has good balance and acidity to keep the Viognier-like creaminess from becoming a little too overbearing. Definitely an interesting Chardonnay worth trying even if it isn’t exactly to your taste. The folks at Karmei Yosef are clearly not afraid to make wines somewhat off the beaten path.