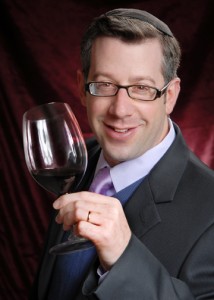 Yossie’s Corkboard is the home of a weekly newsletter on kosher wine written by Yossie Horwitz.

One of the world’s premier kosher wine educators, Yossie has been tasting, drinking and learning about wine for over 25 years and been writing his weekly newsletter – Yossie’s Wine Recommendations – for almost 15 years.

Growing up in Israel, Yossie was first introduced to quality kosher wine as a teenager when a family friend who brought one of the earliest kosher French Bordeaux wines to his family’s Seder. It was love at first sip and Yossie has spent the subsequent years tasting and learning as much about wine as possible.

Yossie is the founding judge of the Jewish Week’s Kosher Wine Guide, author of the annual Pesach Wine Buying Guide and founder of the global Rosh Chodesh Club (“RCC”) initiative.  Over the years Yossie and his newsletter have been mentioned in many publications including the Jerusalem Post, the New York Times, the Jewish Week and the Canadian Jewish News.

Yossie currently lives in Manhattan with his wife and four young children where he practices transactional corporate law at a major international firm.  He can be reached at: yossie at yossiescorkboard dot com.

Follow Yossie on Twitter (@yossieuncorked) for daily wine recommendations, information and answers to all your wine-related questions.