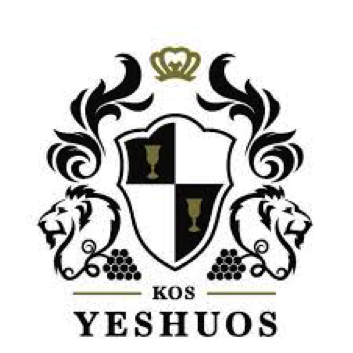 Israel’s modern kosher wine revolution started in the early 1980s with the Golan Heights Winery, while initial glimmerings were evident a few years prior at Carmel Winery, whose 1976 and 1979 offerings showcased a quantum qualitative leap. In addition to forbearing the revolution, Carmel Winery was also the breeding ground for the vast majority of Israel’s quality winemaking (and industry) talent over the subsequent decades. A significant portion of winemakers and industry experts can trace their oenological history back to a stint at Carmel Winery while many members of the younger generation trained under these ex-Carmel individuals, continuing the tradition of mentoring from generation to generation.

Similar to Camuna, our second Californian New Kid on the Block is no longer [fully] located in California. The man behind Kos Yeshuos is San Jose native Josh Rynderman, who spent his formative years in Boston before relocating back to the San Jose area while studying to be a nurse practitioner. Once again, siyata d’shmaya (divine intervention) was at play and during a Sukkot meal in 2014 Josh was seated next to none other than the founder and winemaker of cult winery Four Gates – Binyamin Cantz (back in the day, San Jose was home to other members of California’s kosher wine industry – Craig Winchell (Gan Eden) and Ernie Weir (Hagafen), in addition to Binyamin. Despite having little to no interest in wine at the time, after some table discussion about what Binyamin did for a living Josh found himself offering to help with the heavy lifting involved with running Binyamin’s splendid one-man operation. As anyone who has met the man can attest to, it doesn’t take much to be captivated by Binyamin’s humble charm, enthusiasm, subtle wit and overwhelmingly warm personality – and that is before you know anything about or have tasted any of his wines!

Josh began working at the winery, initially sticking to the many manual labor jobs. After a short while (and likely driven to some degree by the bottles of Four gates with which he was being paid), the wine bug bit hard and Josh found himself trying to learn as much as he could about wine and winemaking; borrowing books from the library and augmenting them with Amazon purchases for those not available (California libraries tend to stock more wine-related books than those located say, on the Upper West Side of Manhattan).

Like Camuna’s Eli (and countless other successful winemakers around the world), Josh has no formal training as a winemaker, with his entire professional education coming from self-study and his work with Binyamin at Four Gates. Over the last few years Josh has partaken in pretty much every single wine-related activity at Four Gates, plus a few unique to the special winery that Four Gates is (like shooing horses, building a Sukkah, and engaging in an ongoing battle of wits with the Cabernet Franc-loving deer that roam the hilltop). A topic for another time is whether the continued degradation in the importance of a formal winemaking education is justified and/or what the long-term results will be is a topic for another time, but in the interim it is certainly the current wave of kosher winemaking.

The entrepreneurial environment that permeates Northern California isn’t limited to the world of Hi-Tech, and many winery workers take advantage of opportunities to try their hand at amateur winemaking with the hope it evolves into something more. With the ever-present mentoring of Binyamin, Josh made his first wine in the 2015 vintage – a few gallons each of Cabernet Sauvignon and Rosé of Cabernet Sauvignon (from the same grapes) which he harvested and vinified on his own. The wine wasn’t sold and I only found out about if from my buddy David Raacah, author of KosherWineMusings. Given the miniscule number of bottles, I was lucky to source one bottle that showed juicy red fruit and vibrant acidity – making for a lovely first effort (sadly I was unable to get my hands on a bottle of the Cabernet Sauvignon). Encouraged by the results, Josh made four different wines for the 2016 vintage – repeating with Rosé and Cabernet Sauvignon, while adding a varietal Grenache and Syrah. While the 2016 wines were available for purchase, 2017 was the official launch of Kos Yeshuos as a commercial winery, with Josh making a Viognier and Syrah, both sourced from Sentinel Oak Vineyard in the Shenandoah Valley. Going from picking 100 pounds of grapes for his 2015 wines to bringing in two tons of fruit in 2017 is a pretty big jump in production but not unusual when going from hobbyist winemaking to commercial launch.

According to Josh, the inspiration for naming his wine Kos Yeshuos came from divine inspiration. Parsing through a number of different options at the Friday night Shabbat table, Josh felt that the name would come from the havdala prayer which, when viewed offered up Kos Yeshuos (as an unintended added bonus, Josh’s Hebrew name is Yehoshua). Once he started making wine in South Africa, he simply used the next word from havdala “ESSA” (which legally stands for Export Series South Africa).   The Coat o Arms-like labels were designed by Josh’s sister with the lion’s representing his middle Hebrew name –Aryeh and the wine glasses representing the two weekly wine-related spiritual interactions with G-d, Kiddush and havdala (a primary focus of his mentor – Binyamin).

After getting married last year, Josh and his wife moved to her native South Africa, turning Josh into a dual-hemisphere winemaker. Given that the harvest seasons in California and South Africa happen at opposite ends of the calendar year, there is an opportunity to make wine from two different harvests a year. Obviously not the ideal given that wineries operate year-round, it can be done with careful planning (the folks at Goose Bay make New Zealand and Washington/Oregon wines annually as well, while Cantina Giuliano’s Eli Gautier spends nearly half the year learning in Strasbourg). That said, in order to ease the logistical planning (and starting with his first South African vintage in 2018), Josh plans to only produce white wines in California and red wines in South Africa. Several factors play into this decision including the earlier-ripening afford him better access to four Gate’s already crowded facilities and the lack of Shabbat-observant labor in South Africa makes Josh a solitary producer, with red wine being much easier to produce under those circumstances.

I asked Josh to describe what it’s like having two harvests and two winemaking seasons a year. Weeks before harvest starts in South Africa, Josh is in California helping at four Gates while blending, bottling, and labeling the Kos Yeshuos wines. He then flies off to South Africa to prepare for the harvest season while coordinating the marketing, sales and delivery logistics of his Kos Yeshuos wines in California.   Then harvest season begins in South Africa and josh is, once again, in full on winemaking mode for his ESSA wines through March, when things start to calm down in the Southern Hemisphere. However, he has his hands full trying to ship his Kos Yeshuos wines before the American weather gets too warm for shipping. During harvest season in South Africa he is also working on finding fruit for his California harvest, before flying to California (from where he handles all the reverse aspects of his south African winemaking responsibilities – all on his own. Ultimately they are flying back and forth between California and South Africa at least twice a year (i.e. at least four 25-hour transatlantic journeys) in order to sustain this creative madness. Time will tell how it plays out and whether the resulting not-yet-released South African wines are worth the effort (I have not yet tasted them), but Josh is certainly working on exposing the kosher wine consumer to new and exciting quality wine making regions to from which kosher wines have yet to be made.

Having fallen in love with the Viognier variety produced by the Weiss Brothers, Josh’s California production is currently focused on producing expressively aromatic Viognier (and Viognier-based) wines, currently sourcing them from California’s Shenandoah Valley (best known for their Zinfandel). In South Africa Josh is focusing on more classic Bordeaux varieties and blends, including his first release of a varietal Malbec from Domaine des Dieux vineyard (located in South Africa’s Hemel en Aarde Ridge appellation). According to Josh, the vineyard’s proximity to the ocean keeps the vineyard relatively cool and he prefers dry-farmed vineyards.

To date, Josh has bottled the following wines, with a number of (unlisted) wines still in barrels as “coming attractions” (including an ESSA Cabernet Franc from South Africa’s Hemel en Aarde Ridge appellation):

Currently the best way to purchase Josh’s wines is to contact him through the winery’s Facebook page or directly via email: KosYeshuosWinery@gmail.com.

Kos Yeshuos, The California Kid, 2018: An unoaked blend of Shenandoah Valley Viognier and Carneros Sauvignon Blanc. The varietals were fermented separately before being blended together. With some air the aromatic nose shows gooseberry, hay, freshly mowed grass and some flinty minerals from the Sauvignon Blanc with the Viognier contributing summer stone fruits including white peaches and apricots and creamy citrus. The medium bodied wine has plenty of acidity keeping things lively, along with more fruit, pepper, brown spices and citrus notes. A streak of bitter pith runs through the palate adding complexity and keeping one focused. Well made and delicious, the wine clocks in at 12.5% AbV. Drink now through 2020.

Kos Yeshuos, Viognier, Shenandoah Valley, 2018: 100% unoaked Viognier sourced from Shenandoah Valley, the wine opens with a serious nose of weighty peach, and apricot with a touch of orange creamsicle and citrus notes. The medium bodied note is slightly less acidic than the California Kid but with enough acid to nicely counter the hefty fruit which is matched with pleasing warm spices. Some flinty minerals and a touch of bitter herbal notes provide nuance and temper the rich fruit. At 12.5% AbV, the wine is less alcoholic than its weight would otherwise indicate and can be enjoyed contemplatively over the course of an evening. Drink now through 2021.

Kos Yeshuos, Syrah, Shenandoah Valley 2017: After experimenting with Lodi for his first vintage, Josh switched to the Sentinel Oak Vineyard in the Shenandoah Valley as the primary source of his grapes, which remains the case today as well. Showing some bottle variation, two of the five bottles I have tried were slightly frizzante, indicating less than perfect bottling conditions – not an unheard of phenomenon for budding wine producers. At this point, the wine is fully mature and showing beautifully with rich crushed black forest fruits, some tart red notes and a hint of blueberries backed by good acidity, nicely integrating savory tannins and plenty of characteristic Syrah notes including earthy minerals, fresh-cracked black pepper and newly laid asphalt. Hints of dark chocolate, roasted espresso and tobacco leaf are evident on the mid palate and linger on the herbal tinged finish. Drink now.

Kos Yeshuos, Syrah, Mokelumne River, Lodi, 2016: One of Josh’s first commercial wines and really a lovely effort, showcasing quality winemaking with good structure and balance. A classic Californian Syrah, with rich deep mostly black fruit with notes of blue along with classic black pepper, tar, lead pencil, roasted meat and savory tannins that are now nicely integrated. Full bodied and voluptuous, the wine has plenty of power. Meaty, savory, rich dark and brooding, the wine is at peak now and should hold there through 2020.

Kos Yeshuos, Vin Gris, 2015: Long gone at this point, the wine was made from Cabernet Sauvignon grapes that were also utilized to make a red wine which I never had the opportunity to taste. The wine was loaded with acidity that was nicely balanced with gobs of lip smacking, mostly red, citrus, some saline minerals and nice near-sweet summer fruits. Well balanced and with good structure, the wine was a pleasure to drink and worthy of commendation regardless of the fact that it was Josh’s first effort.