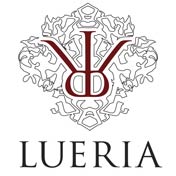 For many years the patriarch of the Sayada family – Yosef, tended his family-owned vineyards in the Upper Galilee (located on the foothills of Mount Meron) and sold the resulting high-quality fruit to multiple high-end and prestigious wineries around the country who then utilized the grapes for some of their best wines.  A true “salt of the earth” farmer to his core, Yosef tends to the vines with an extremely high level of attentiveness and meticulous care that is coupled with an innovative spirit, together which continue to yield grapes of the highest quality.  After years of watching the family grapes earn accolades and prestigious awards in the hands of other winemakers, Yosef’s son Gidi, decided it was time that the family launched its own winery.  Named for the famous Kabbalistic rabbi, Rabbi Yitzchak Lueria – a famous rabbi who lived in the mid-16th century and was better known as the holy Ari (an acronym of his full name) and whose tomb overlooks the vineyards.  Following completion of his mandatory service in the Israel army Gidi began studying wine making in Israel (including under Tal Pelter who is himself a customer of Lueria’s grapes for his own acclaimed (non-kosher) winery) and launched the Lueria Winery in 2006.  While continuing his studies, Gidi is also assisted by winemaking consultant Itai Lahat, formerly of Barkan Winery.  As with a number of new boutique wineries, the wine was initially made in the facilities of the Or HaGanuz winery and only recently relocated to Safsufa, its permanent home.

Recent years have seen the Sayada family significantly ramp up production from 20,000 bottles in 2010 to 40,000 bottles in 2011 and an expected 50,000 bottles for the 2012 vintage.  Despite this increased production, nearly 80% of the family’s grapes are still sold to other wineries, leaving plenty of potential for growth should the family desire to continue to expand.  That said, one can only assume that Gidi gets “first dibs” on the best of the vintage for Lueria’s own wines.  As would be expected from one who grew up among the vines soaking up a sincere love of the land and professionalism from his father, Gidi is very passionate about his work and while he has plenty of grandiose plans for the future of the winery, he hasn’t allowed his focus to stray from winemaking at a high level.  Instead of sticking with the well-tread path of many new wineries and producing tried and true Cabernet Sauvignon and Merlot wines, Lueria primarily produces primarily blends (including a Sangiovese-based version), and a number of more offbeat wines including two versions of Gewürztraminer (one dry and other off-dry) and a Cabernet Sauvignon dessert wine made in “Icewine style”.  An interesting path as opposed to other Israeli wineries who stray from the tried and true and focus on finding the elusive indigenous-like Mediterranean grape like Carignan, Syrah, Grenache, Mourvèdre and of course, Cabernet Franc.

The winery produces a number of wines across a multitude of labels as follows: the “flagship” wine is the Grand Vital – a blend of Cabernet Sauvignon (70%), Shiraz (20%) and Merlot (10%) of which 2008 is the current vintage.  Next come a slew of blends including Rosso which spends approximately 18 months in oak and is comprised of 70% Sangiovese and Barbera, with other varietals changing annually (this year’s version is rounded out with Syrah and Cabernet Sauvignon).  There is a new wine named Terrace, which spent 12 months in oak and should be released around Rosh Hashanah time (comprised of Cabernet Sauvignon, Shiraz and Cabernet Franc) and an entry-level blend – Inon, which spent six months in oak and is comprised of the same varietals as the Terrace, just in different proportions.  In addition to the two Gewürztraminer wines listed above, Lueria also produced a Rosé (a blend of Cabernet Sauvignon and Sangiovese), a varietal (100%) Chardonnay and the aforementioned dessert wine.  The dry Gewürztraminer, Rosé and Chardonnay required some extra effort to track down so thank you DR, GG and AB respectively for helping out on that front!

In addition to the oenophilic endeavors of grape-growing and wine making, the family is involved in a number of tourist-related activities in the area including a lovely bed and breakfast that was recently completed (complete with a full-service tasting room) and plans for a massive visitor center to be situated on a small, man-made pond located just outside Safsufa, where the family (and the winery) reside.

I have included a number of Lueria’s wines that I have tasted and enjoyed recently, most of which are now available in the United States and all of which (other than the dry Gewürztraminer) are available in Israel and worth seeking out.

Lueria, Gewürztraminer (off-dry), 2012: Recent years have seen a slight proliferation of dry (or semi-dry) versions of the grape with two notable versions being the 2011 offerings from Binyamina and Lueria – both enjoyable and worthy first attempts by both wineries.  Following on the success of the 2011 vintage, the 2012 wine is a semi-dry medium bodied wine made from 100% free-run Gewürztraminer grapes with plenty of white peaches, some tropical fruit, traditional lychee, floral notes and a pleasing hint of spiciness along with a pleasing bitter citrus notes with much of the same of the same on the light to medium bodied palate loaded with bracing acidity with a nice touch of residual sugar and 12.5% alcohol.  Highly recommended as a refreshing quencher and will come in handy as soon as the bitter cold New York is currently experiencing fades into distant memory and springs makes an appearance.  Drink over the next 12 months or so.

Lueria, Rosé, 2012:  With Israel’s warm weather taking up the bulk of the year, it’s pretty surprising that it has taken this long for Rosé to really catch on.  In any event, I am quite happy to add another wine to my potential portfolio of Rosé wines.  A lovely and refreshing medium bodied wine with plenty of bright red fruit on the nose and palate, including cherries, strawberries, a bit of tart raspberries and plenty of floral notes, with rosewater dominating as well.  Crisp and refreshing with nice acidity keeps things lively and decently priced as well.  Despite a tad more sweetness than I prefer, this is a nice wine that is well worth trying.

Lueria, Icewine, 2011:  Despite the late Rogov’s rant against Israeli dessert wines, I am a sucker for them and will usually pick up a bottle to try, regardless of their perceived quality.  While not necessarily a wine I would drink on a regular basis, Lueria’s version, made from 100% Cabernet Sauvignon grapes and frozen at the winery is a nice effort that is reflective of Gidi’s careful winemaking.  Nice candied red fruit on both the nose and palate, together with floral notes, a bit of minerals and some dried fruits, combine for a pleasing experience.  As with many Israeli dessert (and other) wines, the acidity is a bit lacking and it comes through mid-palate.  With 16% alcohol and generous sweetness, you need to watch yourself and be careful not to drink too much of this wine.

Lueria, Terrace, 2011 (advance tasting):  A new blend of approximately 70% Cabernet Sauvignon and 30% Cabernet Franc with some Shiraz thrown in for good measure.  The wine spent 12 months in a mix of new and used oak and should be shipping to the US within a week or two (expected release in Israel is around Rosh Hashanah time).  At the time of my tasting a few months ago, the wine had good structure but felt like it needed some additional time for the various components to come together smoothly.  Nice black and red forest fruit on both the nose and palate with some toasty oak and eucalyptus combining with Lueria’s characteristic graphite and tobacco leaf.  A medium finish of more toasty oak, cedar and minty chocolate rounds out this wine.  Give the wine six months before enjoying through 2015, maybe longer.

Lueria, Chardonnay, 2011:  Made in a specially-made new oak barrel of 1000 liters which automatically rotates once a week allowing the wine to ferment without any human intervention (and added oxygenation) where is spent about 12 months.  A medium bodied and oaked Chardonnay with plenty of tropical fruit on the nose and palate including pineapple, grapefruit, guava and some stone fruit, together with dominate notes of butter, toasty oak and a hint of cigar box which continues onto the medium bodied palate which is backed by a solid dose of acidity which keeps the oak and heavy fruit from falling flat.  Let this wine warm up a bit in the glass which will let the oak settle down and allow you to enjoy the harmonious balance the various parts have.  A well-made and refreshing wine.  Drink now through 2014.

Lueria, Rosso, 2010: The standard blending components of this wine is 70% Barbera and Sangiovese with other varietals rounding out the remaining 30%.  This year’s version is comprised of Sangiovese (50%), Barbera (20%), Shiraz (20%) and Cabernet Sauvignon (10%), which Gidi compares to an Israeli Super-Tuscan.  Medium bodied with mostly black fruit on the nose (accompanied by some raspberries, dried cherries and plums) accompanied by characteristic (for the winery) graphite and tobacco leaf with good balancing acidity and fine balance with the wood (unlike the Grand Vital, the 18 months in French oak (2/3 used and 1/3 new) is not noticeable).  A streak of slightly bitter green notes runs through the wine, adding a bite of character and bite, although it might not be to everyone’s taste.  With relatively (for Israel) low 13.5% alcohol, this wine is actually quite refreshing and can be enjoyed through the hot summer months.

Lueria, Grand Vital, 2008:  A blend of Lueria’s finest grapes, carefully selected by Gidi, this vintage is comprised of Cabernet Sauvignon (70%), Merlot (20%) and Shiraz (10%) with a sense of purpose and elegance about it that seems to have finally come into its own.  Like a number of other wineries, Lueria (whether inadvertently or not) tends to tier its wines depending on how long they spent in oak.  As would befit the wineries flagship, the 2008 Grand Vital spend almost two years in French oak, which is slightly more noticeable like I would have liked but provides a supple backbone for the full bodied wine.  Plenty of near-candied like crushed ripe black forest fruit on the nose, together with currants, cherries, raspberries and a hint of plum is accompanied by sweet cedar and tobacco leaf, lightly-roasted espresso and saddle leather with much of the same on the palate, with well-integrated tannins and fruit and oak seemingly fighting for dominance at first before settling down and allowing the earthy notes to provide a nice addition and depth to this rich wine.  Some high-quality dark chocolate, earthy forest and near-sweet tannins round out this wine all leading into a lingering and caressing finish.  An elegant and well-made wine which is drinking nicely now, the wine needs a bit of airing out before enjoying and should cellar nicely through 2015, maybe longer (Shmittah).