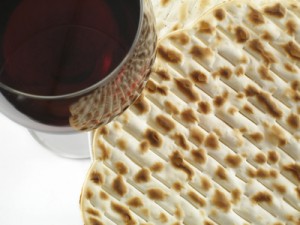 As you probably already know, the weeks leading up to Pesach are the US kosher wine industry’s busiest, with more kosher wine sold during this period than the rest of the year combined.  As the popularity of quality kosher wine continues to increase, the quality and variety of wines available to the kosher wine consumer are truly astounding.  While obviously a blessing, the tremendous choice can make for a somewhat stressful shopping experience.  Also, and most unfortunately, there is still a substantial amount of drek being pushed as quality wine, with many stores and online purveyors are selling old and tired wines so far past their optimum drinking windows that it’s practically criminal.  Remember – in general (and there are exceptions), white wines shouldn’t be sold more than two years past their vintage and red wines three years (unless we are talking about the better and more expensive wines).  As with every industry, caveat emptor!

During this busy buying season retailers bring out the big sales, and almost every wine is on sale.  Further, given the increasing competition and online availability of most top-notch kosher wines, most merchants will match any published price, so always ask your favorite retailer to match the prices you have seen elsewhere and, if you aren’t happy with the price – ask for a discount.

As is my annual tradition, in order to assist with your holiday shopping, I am happy to present Part I of my Annual Pesach Kosher Wine Guide.  This week’s edition includes Part I of the guide, covering recommendations for wines in two price ranges: Under $16 and between $16-29.99.  Next week I will provide Part II of the Guide, which will include my recommendations for wines ranging between $30-50 and Moshiach Wines (those über-special wines I would proudly serve the Moshiach, should he ever grace my table).  While this annual guide does narrow down the buying choices from over 1,500 kosher options to a far more manageable 150 or so, I understand that some folks would like a smaller list.  To that end, in the next week or so I will also publish the “Cliff Notes” to the guide, with my top five wines in each category.

Prices tend to fluctuate and might not always fall squarely into the tiers I have listed below, and thus my categories should merely serve as a guide.  Also, note that the Moshiach wines in Part II may include older vintages that I have been storing for a while in my cellar or wines that are subject to otherwise limited availability, and which are not always readily available at your local retailer. Given the international nature of the newsletter’s readership, with close to 1/3 of readers coming from Israel, there are a few wines that are not sold in the United States (but are available directly from wine shops in Israel, nay of whom would be happy to ship them directly, including a few listed on my “Recommended Retailers” page.

It’s important to note that these lists are not exhaustive, but merely a selection of the better wines available in the different price ranges, each of which I recommend and believe are worthy of your Pesach table (or random wine glass). As would be expected, there are perennial repeaters on this list, showcasing the excellence and consistency of the applicable winemaker. One item of note is that many wines that made last year’s $30-50 list needed to get bumped to the Moshiach list due to price increases (or were left of the list entirely as being too expensive and unworthy to be called a Moshiach wine). As years go by and the quality and quantity of top-notch kosher wine grows, the number of potential wines for this list gets longer, and the difficulty in culling wines harder. As you know by now, despite 2008 being a tremendous vintage for almost all Israeli wines, it was Shmittah and therefore most wines were not exported out of Israel.  However, there are some 2008 Israeli wines being sold, including a number from the Golan Heights Winery, Galil Mountain and Odem Mountain.  As with most halachik issues, there are numerous opinions with respect to the different “types” of Shmittah wine produced, enjoying such wines outside of Israel (or at all) and one should consult their local Rabbi with any questions in this regard.

Although it is one of my favorite Jewish customs, the tradition to consume four full cups of wine at the Seder brings with it a host of dilemmas requiring careful thought and planning.  The main problem is that four cups of wine is a lot of wine to be consuming at one sitting (even at an up-to 5 hour meal such as a traditional Seder), especially given the fact that the first two cups are typically imbibed on an empty stomach.  Another issue is that for the Seder, many folks tend to use the silver goblets traditionally used for Kiddush.  During the year his does not usually pose a problem, since the potential negative effect the silver has on wine is easily remedied by immediately pouring the wine into a proper wine glass following Kiddush.  During the Seder however, the wine has far more contact with the silver as we go through the lengthy Hagadah.  Other potential issues arise from the common practice of only drinking red wine at the Seder and avoiding Mevushal wines.

Given ones desire to honor the Seder, people try to have the nicest and most expensive wines possible, typically full-bodied Bordeaux-blends or robust Cabernet Sauvignon wines.  These wines typically take time to open up and evolve (and are well-deserving on your time).  However, the empty stomach with which most people approach the first two cups, the requirement to consume nearly an entire cup of wine rather rapidly and the need to keep a roomful of hyper and over-tired children from re-enslaving us, combine to significantly impair one’s ability to fully enjoy and appreciate the complexities, nuances of flavor and aroma of these typically magnificent wines.

As a result, I suggest (and starting last year, do so myself), saving the bigger and more expensive wines for leisurely drinking during the actual Seder meal (and the subsequent meals over the holiday), and finding other good wines to use for the four cups.  Being a traditionalist, I stick with red wines for all four cups and choose my wines based on a few simple principles.  It is still Chag and one in which we celebrate our freedom so top quality wine is still a pre-requisite.  Therefore, I look for top quality, medium bodied and relatively simple wines.  Some favorites of mine include Recanati’s Petite-Sirah/Zinfandel, the Capcanes Peraj Petita or Domaine Netofa Red.  To the extent you are looking for well-priced whites, Yarden’s Gewurztraminer or Odem Chardonnay, Dalton’s Fume Blanc or Carmel’s Kayoumi Riesling are all good and affordable bets.

While this list includes many good, enjoyable wines, as a general rule, the wines in this price range are not complex, cellar worthy or sophisticated (with a few exceptions).  As oak barrels are a significant component of a wine’s cost, this list has plenty of white wines that typically spend little or no time in oak, resulting in lower prices.  As a general rule, any wine in this price range from Recanati, Galil Mountain or Dalton is going to be good, as long as it’s not too old.  Most of the wines on these lists qualify as YH Best Buys (wines I consider a particularly good way to spend your hard-earned cash).

This price range is the sweet spot for me.  As the prices of kosher wine continues to rise to ridiculous levels, there are a number of wineries that maintain a tremendous level of quality without pushing prices out of the reach of most people.  While the majority of truly great Kosher wines unfortunately reside in the over $30 price range, there are plenty of great ones here.  In general, I find Ella Valley, Dalton, Carmel, Herzog Special Reserve and the Golan Heights Winery to be consistent players in this field of $30 and under(i.e. anything of theirs in this range is worth buying [unless it’s past its peak]), notwithstanding the fact that they all also have more expensive terrific wines as well).

While the $16-29.99 range is the real sweet spot, this range is also stocked with high-class wines.  Unfortunately, most of these really should be priced in the lower range but have crept up in price for no justifiable reason.  It’s nearly impossible to find a YH Best Buy on this list, even though they are all great wines.  As with most higher end wines, especially those with a year or more of barrel aging, they need time to open up.  While I personally don’t use a decanter (preferring the learning experience of watching the wine open and develop in my glass over time), it can be a very useful tool when opening the more recent versions of the better wines, allowing you to derive substantially more pleasure form your liquid treasures that you might if you simply opened the bottle and poured.

As prices rose over the last couple of years, a number of wines that previously fit into the $30-50 range crossed over into the over $50 range, which for this guide, requires something more than just being expensive.  Moshiach wines are those really special wines; typically wines that represent top-notch winemaking coupled with the need for a bit of patience as these wines typically only show their best after some years of additional aging in the bottle.  Unfortunately, in this world of instant gratification, the majority of wines are consumed relatively shortly after they are purchased which, for most of the highest-end wines, is a crying shame.  While many top tier wines are ready to drink upon release (especially from the “softer” recent 2009 and 2010 Israeli vintages), some years of aging allows the wines to better integrate and really become the beauties imagined by their talented winemakers.  In a slight change from prior years, I have listed the vintage for each wine that is the current release and added a parenthetical with the vintage I think is drinking best right now – making it a true Moshiach wine. As is the case with many of the best wines, many of these wines are Moshiach wines only after a few years of aging. As older vintages (that have been stored properly) are somewhat difficult to come by, the list includes the current release. In some instances I have added a parenthetical including (one of) the vintages I deem worthy of drinking now as a true Moshiach wine.

For a list of a few favorites of mine in each category, you can check out the “Best of the Bunch“