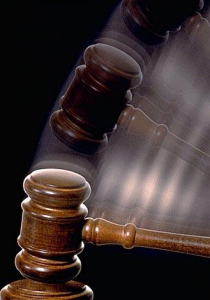 On September 22nd, 2011, I attended the world’s first kosher wine auction conducted by renowned Judaica Auction House – Kestenbaum & Company. I had previously expressed reservations about the high estimates placed on a majority of the lots and the remaining life in many of the bottles. For some background on the auction and to view the entire auction catalog, click here.

While I wouldn’t characterize the auction as a rousing success, I was happy to attend and found it to be an interesting and fun experience. A few notes, thoughts and comments as follows:

I thought the attendance was pretty low. Excluding involved parties, I’d guess there were about 40-50 people there max, but there were a bunch of folks who came late and stood in the back so it was hard to tell. Additionally, most people were not bidding. I’d guess about 10 true participants (although it appeared that they had a number of mailed-in bids for several of the lots). Based on my notes about 30 of 127 lots sold, but I may be off by a lot here or there.

With literally 2-3 exceptions, every wine sold below the low-end of the estimate (the purchase above the lowest estimate was mine), with Covenant, Katzrin, El-Rom and other wines from the Golan Heights Winery being the bigger “winners” on that front (which is understandable given their proven aging ability). There were a few “deals” (Carmel LE Vertical, 98 Yarden Cab Magnum, 2004 Prix Mélange, Double Magnum Herzog Cab) or “finds” (one of 6 Covenant Solomon 08 Magnums) to be had but not many.

For the most part, the older vintage Herzog, Capcanes and French (with a few exceptions for the marquee names) wines did not sell.

In my opinion, there are a number of ways that future auctions can be improved as follows:

In my opinion the auction suffered from a few flaws that should be addressed before the next attempt in order to better facilitate excitement, participation and sales. Price was definitely a major factor here with the estimates, reserves and opening bids all being excessively high. Especially for a first go-around, where I would have thought the goal was to generate buzz, hype and sales to encourage folks to participate in future auctions, I’d have thought having (at the very least) lower opening bids. That said, it’s obviously a business decision and I know very little about how the auction world goes. An additional problem is that, given the relative infancy of the premium cellarable kosher wine market, many of the wines are still “available” on the market, in one way or another for lower prices (“gray market”, the wineries themselves, certain retailers, etc.), especially once you factor in the buyer’s premium.

Another area of improvement would be on presentation. Most participants were likely first time auction-participants (at least to wine auctions), and it might make sense to have a brief explanation on how the auction process works. Going a little slower might have increased participation – I spoke to a few people who wanted to bid on one lot or another and simply couldn’t keep up. Obviously auctions go fast and this was professionally run but, given the special circumstances and the first attempt, bringing it down a notch might have made sense and I am sure it could be done without hurting the auction house’s sensibilities and standards.

While the auctioneer was clearly a professional, he didn’t seem to know much about the wines and didn’t (or wasn’t able) to provide any real information about the wines being offered (other than trying to read off the catalog) which prevented him from generating some hype on the true collector items (e.g. the Gamla 88 Botrytis as the only “true” Israeli Botrytis wine).

All in all, I’d happily go to the next one and am sure the organizers will learn from this one and improve.