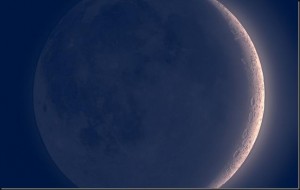 RCC was recently covered in the Jewish Week and the UK’s Jewish Chronicle.

I have a problem.  Within a few years after I “got into” wine at the tender age of sixteen, I started to collect wine with the intention of cellaring certain bottles.  By that time I had been taught by Avi Ben, Daniel Rogov and others, that many of the highest-quality wines needed additional time in the bottle following their release by the winery, in order to attain that peak of perfection.  Primarily related to economic realities, the vast majority of wineries around the world (kosher and non-kosher alike) release their top tier wines well in advance of their being “ready”.  While the 2011 flagship Forest wine from the Yatir Winery may be enjoyable upon its “release” by the winery, it will take many years of additional aging time in its bottle (hopefully in the cool, dark recesses of a wine lover’s cellar) before it will express itself in the way its creator intended us to enjoy it.

It is a terrible misfortune that many people spend large sums of hard-earned shekels on many terrific (and expensive) wines and then proceed to pop them open and the earliest opportunity, thus committing oenophilic infanticide on a criminal scale.  Such folks are obviously not [yet] readers of this newsletter, where I try to always indicate whether a wine needs more time, airing out and what the tie frame should be.  Patience is also a virtue, the lack of which interferes with the ability to cellar wines to their proper maturity, a problem all of humanity suffers from and which is exacerbated for oenophiles by their desire to taste the liquid treasure they have just purchased.

However, for those of us who do collect and cellar wines, these specially cellared wines present the greater problem to which I alluded to in the opening line of this newsletter.  The problem is with whom to share these wines that have taken on a special nature due to additional effort, time and thought that has gone into helping the wine reach this day of perfect maturity.  When digging through my wine cellar to select wine(s) for any particular occasion (a Shabbat or holiday meal, dinner with friends, a night out at a BYOB restaurant or even a random Wednesday night at home), I often found myself rejecting great wines that were ready to drink, appropriate for the activity and/or meal in question and most importantly, I “was in the mood for”, simply because I felt that they would not be “properly enjoyed or appreciated by the folks with whom I was intending to share them”.  While I consider myself very lucky to have a large group of terrific friends and acquaintances, garnered from across many walks of life, the majority of these lovely people do not get as excited about wine as I do, to say the least.  While I love sharing with my friends, when you have spent considerable time and effort to accumulate some special wines, it is much more fun to open them with someone who will understand and appreciate the meaningfulness behind a bottle of Covenant’s inaugural 2003 Cabernet Sauvignon than someone who will take a sip and simply remark “wow, this is really good”.  The result of this repeated process was that many of my favorite wines languished on the shelves of my cellar for years, always waiting “the right time”.

Being happy with my circle of friends and acquaintances, the suggestion of a fellow wine lover to “get better friends, I did” wasn’t going to work for me.  The invention in 2007 of the “Open that Bottle Night” by the then wine editors of the Wall Street Journal was a pretty promising development in my search for a solution.  Facing more or less the issues I mentioned earlier, Dorothy Gaiter and John Brecher came up with the concept that, once a year (on the last Saturday of February each year), wine loving individuals got together with friends and their bottles and each opened that special bottle (or bottles) of wine that always seemed to be waiting for that elusive “right moment” everyone seems to be waiting for.

While I thought that the concept had substantial merit as a potential solution, I felt that if one is already going to find a solution, it should actually solve the problem at hand and the thought of doing this only once a year seemed ludicrous to me.  So a little over two years ago, galvanized by an incredible 41 course wine pairing dinner I had recently attended with a crew of fellow wine nuts, I decided to launch the Rosh Chodesh Club (“RCC”).  The idea was to provide a monthly opportunity for a select group of true wine lovers to get together and share some terrific wines in a relaxed, friendly and intimate environment.

So I cobbled together a list of folks who lived in the area (and some who lived a little further away than that) whom I thought might be interested and sent out an invitation to the inaugural event.  With a pretty substantial response, the first RCC was held in honor of Rosh Chodesh Sivan on May 9, 2013, with me and nine fellow wine lovers in attendance.  Folks dug deep into their cellars and we enjoyed a smorgasbord of great wines including the 2004 and 2004 Château Pontet-Canet, the 2007 Old Vine Cave Cabernet Sauvignon from Binyamina, the 2001 Capcanes Peraj Ha’Abib and the 1999 Yarden Cabernet Sauvignon.  We were also lucky enough to enjoy a nice spread of delicacies, including some incredible 72-hour sous vide ribs prepared by one of the participants and generously shared with the group.

Fellow wine collector Charles Caleb Colton hit the nail on the head when he said that “imitation is the sincerest form of flattery” and the RCC has been no exception to that rule.  With the NYC chapter of RCC going strong, like-minded oenophiles are now attending RCC “franchises” in Los Angeles, Westchester, Miami, Strasbourg and Israel with additional one being formed in Wesley Hills, Chicago, the Bay Area and London.  I am hoping that Toronto, Paris and Melbourne will follow soon (as soon as we have “collected” enough potential participants).

I decided to write about RCC after two years in the hope that many of you will choose to join one of these groups or start one of your own if you are in a locale where no RCC currently exists.  Having all of those great bottles stored away is meaningless unless you actually drink them and doing so with like-minded wine lovers enhances the experience significantly.  To that end, please let me know if would be interested in being added to the potential list of invitees to any particular franchise, whether you would be interested in starting your own and if so, whether you would be willing to host such an event.  As always, please feel free to reach out to me directly if I can be of any assistance, especially in getting additional RCCs off the ground.  If you happen to live in London or Chicago (or close by) and are interested in joining – please let me know as soon as possible as we are currently compiling guest lists for these cities.

As inspiration for the types of wines that can be enjoyed at an RCC, you can check out the list of wines that have been served to date at the NYC RCC (password is RCCNY).

While the “rules” of each franchise are slightly different, I have set forth below a number of general tips and suggestions that are being used with varying degrees of conformity at the different RCCs

While it may seem odd to have rules for something intended to be fun and relaxing, one of the biggest secrets of a successful RCC is the format and consistency, which combine to help all the potential participants enjoy the event and feel on equal footing with everyone else in attendance.  For convenience, I have split the suggestions into the three primary components of any RCC: the guest list, the wine and the hosting (including the food).

Each participant in an RCC brings one bottle of special wine to share with the group.  That is the sole contribution necessary in order to join and participate.  Some franchises have the folks participate in the cost of hosting (see below), but given the relative low cost involved, I think that having a revolving set of hosts is a much better solution that having people pay to participate.  The cost issue can be further mitigated by simply lowering the amount/levels of food at any given RCC.

The Hosting (and the Food)

(i) Shmitah wines are perfectly fine to bring to RCC (both 2001 and 2008 were incredible vintage years in Israel). If you have comments or questions about what to do in connection with Shmitah wine, please consult your local Rabbi for guidance.

(ii) As many 2008 wines are “Otzer Beit Din” and shouldn’t be discarded (or spat), I always try to limit the total number of Shmitah wines at any given RCC to three or less.